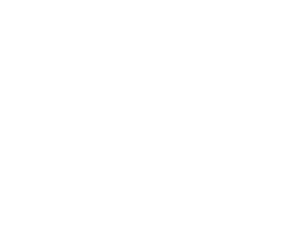 Harmony of the Gospels

Who are these critics, these so called ‘liberal Christians’? A Christian is an individual who has committed his life to Christ and who firmly believes in His incarnation, His death and the power of His resurrection. What then is a ‘liberal’ Christian? One who chooses not to believe? The terms liberal and Christian are utterly exclusive.

Jesus specifically criticized the Pharisees who dissected the Old Testament Scriptures, stating that they had gotten so involved in the details that they had completely lost sight of the message. These ‘liberal Christians’ are doing far worse and they make themselves all the more guilty in leading thousands astray in these last days.

A common mistake in interpreting any literary work is to attempt to comprehend it through the understanding of the reader’s cultural values. To determine the validity of the gospel message we must put ourselves in the authors’ position.

The four Gospels portray a chiefly a different aspect of Jesus. They are not meant to be biographies but theological and thematic books; they are complementary to each other.

Matthew was written for a Jewish audience. Its primary purpose is to prove that Christ is the promised Messiah. Matthew does this by quoting extensively from the Old Testament Scriptures showing that He is the fulfilment of the prophecies. He is the Messianic King. He is also shown as the Saviour of the Jews.

Mark wrote for the Gentile Romans. Christ is portrayed as an obedient servant, even obedient unto death. Jesus was not simply God with the appearance of a human, He was fully human. When He became such, He left His divine powers in heaven and came to live among men as a man. Mark explains Jewish words and customs.

Luke was written for a Gentile audience, mainly Greeks. Christ is portrayed as the Son of Man, the Saviour of Mankind. The Greeks were not familiar with Hebrew prophecies about the Messiah nor did they care about them. This Gospel presents two views: 1) to the Greeks, who were philosophers, well-educated and knowledgeable in a wide variety of world views, Luke presents the intellectual and philosophical basis of the Christian philosophy and world view and 2) the detailed investigation and reporting.

John portrays Him as the Son of God. This Gospel portrays the absolute Deity of Christ, the Oneness of God and the humanity of Christ. John focuses on His ministry to individuals whereas the synoptic Gospels focus on His public ministry.

The two natures of Christ, that of His humanity and that of His divinity, need both to be addressed in order to fully comprehend His person. The four Gospels are a whole and to say otherwise is totally foolhardy.